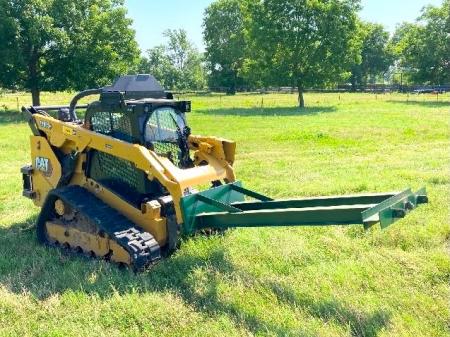 Ants build mounds directly under fence lines where they know theyre less likely to be disturbed. If the mounds build up high enough, so theyre over the bottom wire, the wire will rust in the moist dirt and eventually break, says Bill Boyce, Texarkana, Ark.

So, he decided to build what he calls a weapon of war to reach under fences to destroy big ant piles. I call it a mound pusher and when lowered to the ground, it will shove the mound away from the fence. I built it with a 5-in. I-beam and mounted it to a quick-attach plate that can be used on a front-end loader or skid steer.

Chain hooks and lifting eyes welded to the front cross member allow it to be used as a lift boom, too.