He Was Arrested For Being A Farmer

FARM SHOW Magazine » He Was Arrested For Being A Farmer
You have 4 free stories remaining.

(If your subscription is current, click here to Login or Register.)
2015 - Volume #39, Issue #3, Page #05
[ Sample Stories From This Issue | List of All Stories In This Issue  | Print this story  | Read this issue]
«Previous    Next»
He Was Arrested For Being A Farmer
If it can happen to Joshua Rockwood, it can happen to you.

The Glenville, N.Y., farmer was arrested in March during a

period of cold weather for having livestock in an unheated

barn, a frozen waterer, and for allowing free-range pigs to

forage outside on a winter day. He faces 13 counts of animal

cruelty after police made two visits to his farm. Police say

the sheep, cows, pigs and horses were in unheated shelters

and did not have enough food. And the waterers were frozen

and feces were found in the ice atop the waterers.

More than 200 friends and supporters fl ooded the courtroom

for Rockwoods initial appearance, most saying it could just

as easily have been them. No one knows who instigated the

investigation - accusers can remain anonymous - but they

rescue farm which says it has now racked up charges of

nearly $8,000 boarding the animals - a fee they say Rockwood

will have to pay to get his animals back.

Police say a veterinarian accompanied them to the farm but

Rockwood and his supporters say two other vets inspected his

animals and that they were well-fed and hydrated. Supporters

have raised more than $50,000 at a GoFundMe website and

farm to buy his meats. Most say the accusations - untrimmed

hooves on one animal and unheated shelters - are charges any

rural livestock producer could face at one time or another.

To read more about the case, go to Google.com and search 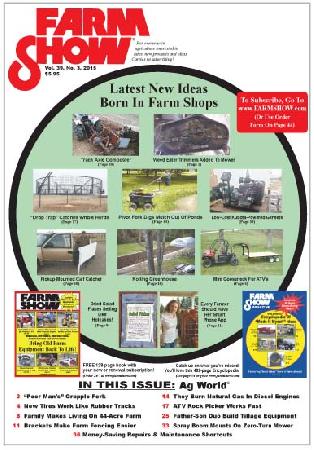