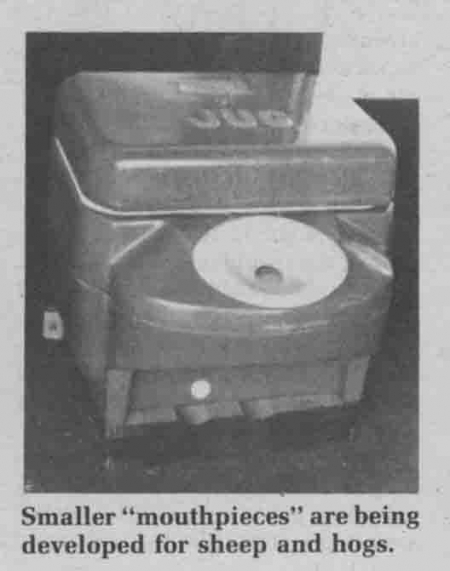 "It costs pennies to operate and you don't have to clean it," says John Essame, Noland Mfg., Co., Carlisle, Iowa, manufacturer of a new super-insulated water drinker that's powered by the suction of drinking animals.

The new waterer was especially designed for horses and cattle, which don't take very well to nipple waterers.

To drink from the suction-powered waterer, the animal puts its mouth into a recessed mouthpiece, essentially creating a vacuum which draws water up a draw tube from a recessed tank that's isolated from dirt and insulated from outside temperatures. When the animal finishes drinking, water left in the mouthpiece drains back into the waterer.

The new waterer has only one moving part -- the float -- and the body of the waterer is filled with urethane foam which also keeps water cool in summer.

The waterer can be used to replace any existing waterer and can be installed at any time of year.