Build Yourself A Sure Fire Raccoon Chaser 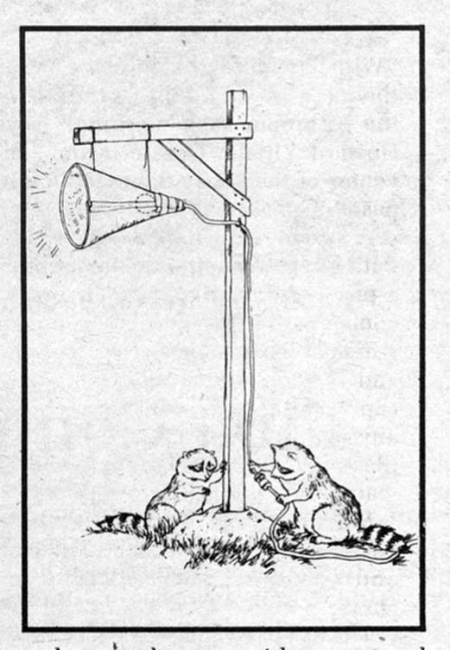 For years Frank Sawyer of Wells, Maine, had to share his corn crop with marauding raccoons. Because his garden is in a field surrounded by woods, and because a small river -- a natural thoroughfare for raccoons -- passes only 250 ft. away, he could count on being raided by the ringtails as soon as the corn ripened. That doesn't happen any more, though, not since Sawyer devised a gadget that he guarantees will keep the raccoons out of the corn.

"Stated simply," Sawyer says, "my protective device is a blinking light directed down the rows of corn. The light shining through the cornstalks gives a ghostly illusion of movement. I first tried a steady light, but after a few nights of study, the raccoons discovered that a well-lit field is even easier to raid than a dark one. Then I thought of a blinking light. In the ten or twelve years that I've used it, I've never lost an ear of corn, except when I left it off for two nights to see what would happen."

All you need to make a light like Sawyer's is a cardboard cone to protect the light bulb and socket, a blinker switch that can be obtained at any hardware store, an extension cord long enough to reach an outlet, and a post and scrap wood to support the light.

To make the cone, cut a semicircle with a radius of 11 or 12 in. from a piece of sturdy, non-corrugated cardboard. Roll the cardboard into the proper shape. Open the cone again; coat the inside surface with shellac or any bonding agent; and affix a liner of aluminum foil, shiny side out. Roll the cone up again and secure the seam with cement and tape. (If you didn't roll the cone once before putting in the liner, you'll find it hard to make a neat job of it after the liner is in place.)

Waterproof the outside of the cone with a coat of varnish, paint, or shellac. Snip off the very tip and cut 6 slits long enough to let you insert a light socket. Fasten the socket in place by wrapping tightly with duct tape. Hang the light as shown in the drawing, shining down the center row of the corn patch.

"This device is a sure-fire cure to the coon problem" says Sawyer. "It would probably also work for people who have problems with deer. I just wish I could find an equally effective way to discourage the woodchucks."