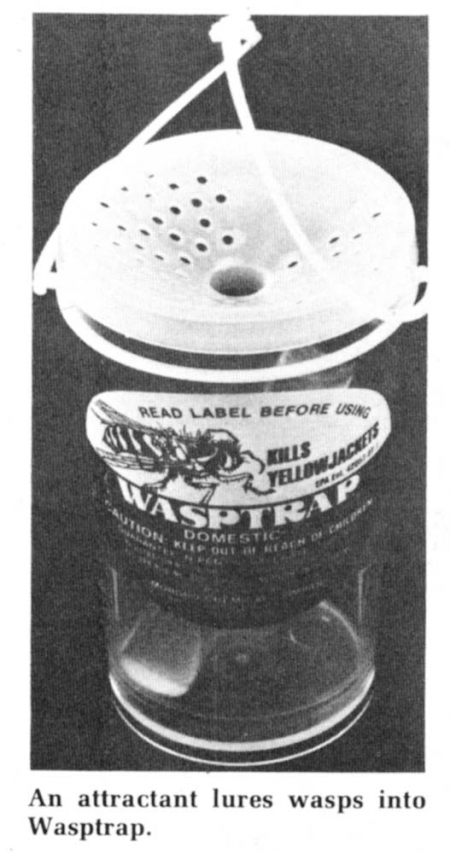 "It's a convenient, safe and effective way to control yellow jacket wasps around animals or buildings," says the manufacturer of the new Wasptrap.

The 5-in. tall clear plastic device hangs in a tree or anywhere wasps abound. A chemical attractant entices them in through a small center hole in the cover. The chemical attracts wasps of the Vespula species (yellow jackets), but will not harm beneficial insects such as bees and ladybugs, says the manufacturer, Margro Chemical Co., Salt Lake City, Utah.

Wasptrap contains no insecticide-type poisons. Once inside the trap, a wasp cannot escape unless it's released. The trap is said to remain effective for long periods of time. More than one trap may be needed around a farm yard, perhaps three or four, says the manufacturer.

The trap is said to be particularly effective near horse compounds, and poultry and animal pens. It's available at farm co-op and hardware stores.