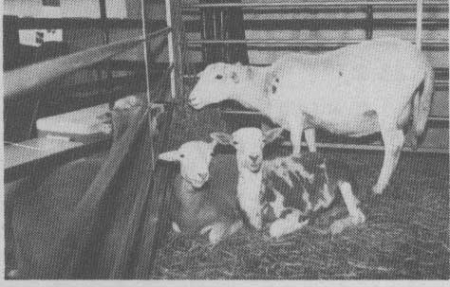 Your readers may be interested in our Katandin "hair sheep", a hardy meat sheep that has hair like a goat and requires no shearing. Katandins produce a lean carcass and meat flavor is excellent. Twins are normal and triplets are not uncommon. The breed got its start in the late 1950's when a small number of haired sheep were imported from the Caribbean by Michael Piel of Maine. He began to experiment with crosses between hair sheep and various British breeds, especially Suffolk. He eventually collected a flock of ewes that he called Katandins, named after Mt. Katandin in Maine.

From this original flock, new breeders have been able to expand the number of Katandin sheep in North and South America. In 1986 a breeders organization, Katandin Hair Sheep International (KHSI), was formed. Its goal is to expand the meat market for the breed.