(If your subscription is current, click here to Login or Register.)
2012 - Volume #36, Issue #3, Page #08
[ Sample Stories From This Issue | List of All Stories In This Issue  | Print this story  | Read this issue]
«Previous    Next»
Coffee Substitute Tastes "Like The Real Thing"
A lot of people are fooled and think its actually real coffee, says Ellis Percy about his no-caffeine hot drink called Beyond Coffee. Some mix it into regular coffee to cut down on caffeine and gradually change the proportions to little or no coffee.

Made of a blend of roasted barley, rye and chicory, the hot drink has a smooth flavor, and doesnt have the oils found in coffee, which reduces digestive problems for some people.

About 16 years ago Percy, who also markets pickles, introduced his coffee-like drink to folks at the Common Ground Country Fair in Maine, which didnt allow coffee at the time. People liked it so well, he started packaging and selling it.

He spent a lot of time getting the right mix of the grains to create the pleasant flavor. When brewing, Beyond Coffee smells like roasted grains or barley tea. Because there are no oils to go rancid, the brewed drink can be stored in the refrigerator and used the next day. The chicory adds some sweetness.

Its a good coffee alternative, he says, noting that most other coffee substitutes are made overseas.

Also this is 100 percent organic, and that means something to me, Percy says. I dont want to drink chemicals.

He buys rye and barley locally, and uses a 1940s German-made Probat coffee roaster to roast the dehulled grain and then grinds it in an old supermarket coffee grinder.

He buys the chicory from France, which processes chicory to use as a drink. He blends it with the ground barley and rye, and packages it in pound bags that sell for $7.50 to $8, plus shipping.

Percy sells to individuals through his website and wholesale to natural food stores in New England, Maine and Florida.

Interest is certainly growing, he says. I saw 20 percent growth this year over last year just in the New England area.

Hes very interested in finding distributors in all parts of the country. 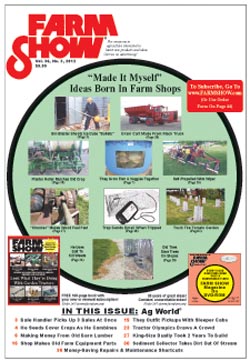