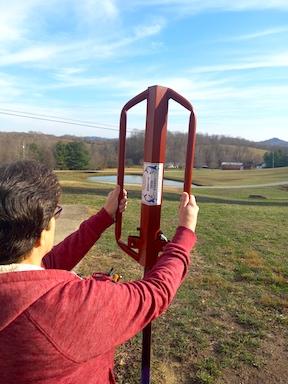 Driving T-posts is a lot easier with the Hammer Head, a spring recoil post driver from Sheps Mfg. Jack Sheperson made his first recoil driver in the late 1990s (Vol. 26, No. 4). He says the new driver is much improved and, unlike his first model, he has applied for a patent to keep it American-made.

When I started building my first model, local farmers liked it, and I sold several hundred, says Sheperson. When a large farm supply company started contracting with me in 2004, the business took off.

Unfortunately for Sheperson, he had no patent, and after a few years, the farm supplier moved production to China.

About a year ago, I was reading reviews of their driver on the internet, and it was rated only 2 out of 5 stars due to resistance from the spring, says Sheperson. I redesigned it so that after the first cycle, it lifts the 13 1/2-lb. driver up on the recoil. The user only has to concentrate on pulling it back down.

Sheperson is confident the new design will be a big help to the elderly and less physically able. It also has an optional add-on weight (2 1/2 lbs.) for even greater down pressure.

The spring will wear out eventually, but its easy to replace, says Sheperson. My supplier suggests it should last for several thousand cycles without any problem.

Sheperson notes that a key feature of the recoiling driver, aside from speed and ease of use, is its safety. With a manual driver, the user tends to lift it to the same height as when they start with a post. That can result in the driver being lifted off the post and falling back on the user.

With the Hammer Head, being raised above the post is not a problem, says Sheperson. Unlike a fully manual driver, the recoil driver is constantly adjusting to the ever-shorter post.

Suggested retail price is $80. Check with Sheperson for availability.