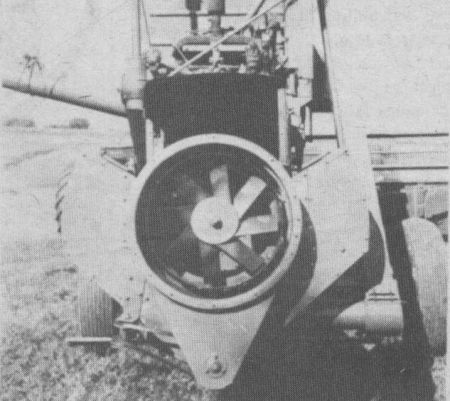 In Hurleyville, New York, environmentalist and tinkerer Louis Wichinsky is finalizing plans for his cross-country trip later this month in his Volkswagon Rabbit. Instead of gas stations, his fuel stops will be Burger Kings, Kentucky Fried Chickens, McDonalds and other fast-food places where he'll gas up "The World's Only Vegetable Oil Car" with used vegetable oil collected from deep-fat fryers. He burns it "as is" except for heating it up and straining out stray french fries.

Louis is convinced that "veggie oil" is the fuel of the future. "It's a lot less polluting than gasoline and other alternative fuels," he told FARM SHOW.

He says the "secret" to burning crude or refined vegetable oil in diesel engines is to periodically add a few ounces of a methanol (97%) and water (3%) mixture to the fuel tank. He's rigged up a device which, like a windshield washer, automatically injects a doze of the scrubbing agent every couple hundred miles. "It prevents harmful residues from building up inside the engine," he points out.

Instead of importing oil, Louis feels we should be taking steps to grow it -- in the form of rapeseed (Canola) and other oil-producing crops. "Once we do, the price of vegetable oil will be more than competitive with gasoline and diesel fuel."